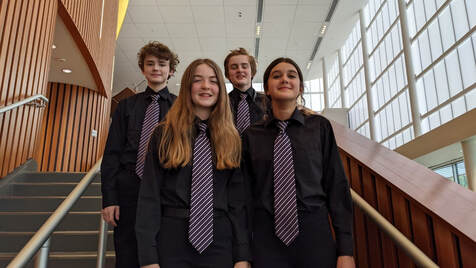 Region Band Results Fall 2022
I'd like to offer a huge congratulations to the following students who auditioned and were selected to be in the TMEA Region 18 Bands!  These students prepared challenging etudes (study selections of music) for judges  and competed against other students from AISD, Hays, & Dripping Springs.


Concert Band is the 2nd group, Symphonic Band is the Top Group.  Super proud of all these kids for going above and beyond! to our MS Region Band Students!
These students competed against all the best musicians from Hays, Dripping Springs, and AISD for  positions in the all star Region Bands.
​
Top Region Band ( called Symphonic Band) *Also all region full Orchestra students pictured: 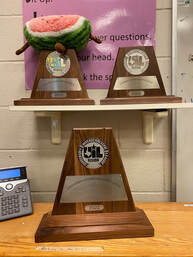 ALL THREE BANDS Spring 2022 SWEEPSTAKES!!!!!
Huge Congratulations to the Clint Small MS Band Program!
All 3 ensembles earned Division 1 Ratings in UIL Concert & Sightreading Contest! (Recordings on ensemble page)
We are so very proud of you! 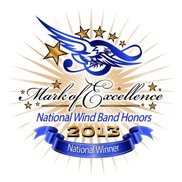 Since the school's opening in 1999, the Clint Small Cougar Band program has demonstrated a high level of musicianship. In 2013, the Wind Ensemble was chosen as a National Winner of the National Wind Band Honors Mark of Excellence award under the direction of Tonia Mathews.  They have consistently earned the highest honors at University Interscholastic League events and music festivals both in Texas and out of the state. In 2007, the Wind Ensemble was named a winner in the National Wind Band Honors and in November of that year performed as a feature concert at the Western International Band Clinic in Seattle, Washington. The Clint Small Wind Ensemble was honored to have been invited to perform at the Midwest International Band and Orchestra Clinic in Chicago in December, 2008 under the direction of Paulette Rainey, former Director of Bands.
National Wind Band & Percussion Honors!
The Clint Small Middle School  2013 Spring Wind Ensemble was named one of the winners of the National Wind Band Honors.  The organization submitted recordings to the Foundation for Music Education for competing in the Mark of Excellence award.  The Wind Ensemble represents the top 25% of all National entries, and demonstrate stunning musical achievement and exemplary teaching.  In 2013 the project had 178 entries, and has received entries from 35 states.  Head Band Director of  Small Middle School is Tonia Mathews.  Associate Directors are Suzanne Glaser and Paul Scheffel.

In 2015, the Percussion Ensemble also received the National Honors award under the director of Paul Scheffel.

The performance is on our website http://clintsmallmsband.weebly.com/ensembles.html
Listed under UIL 2013 Wind Ensemble.